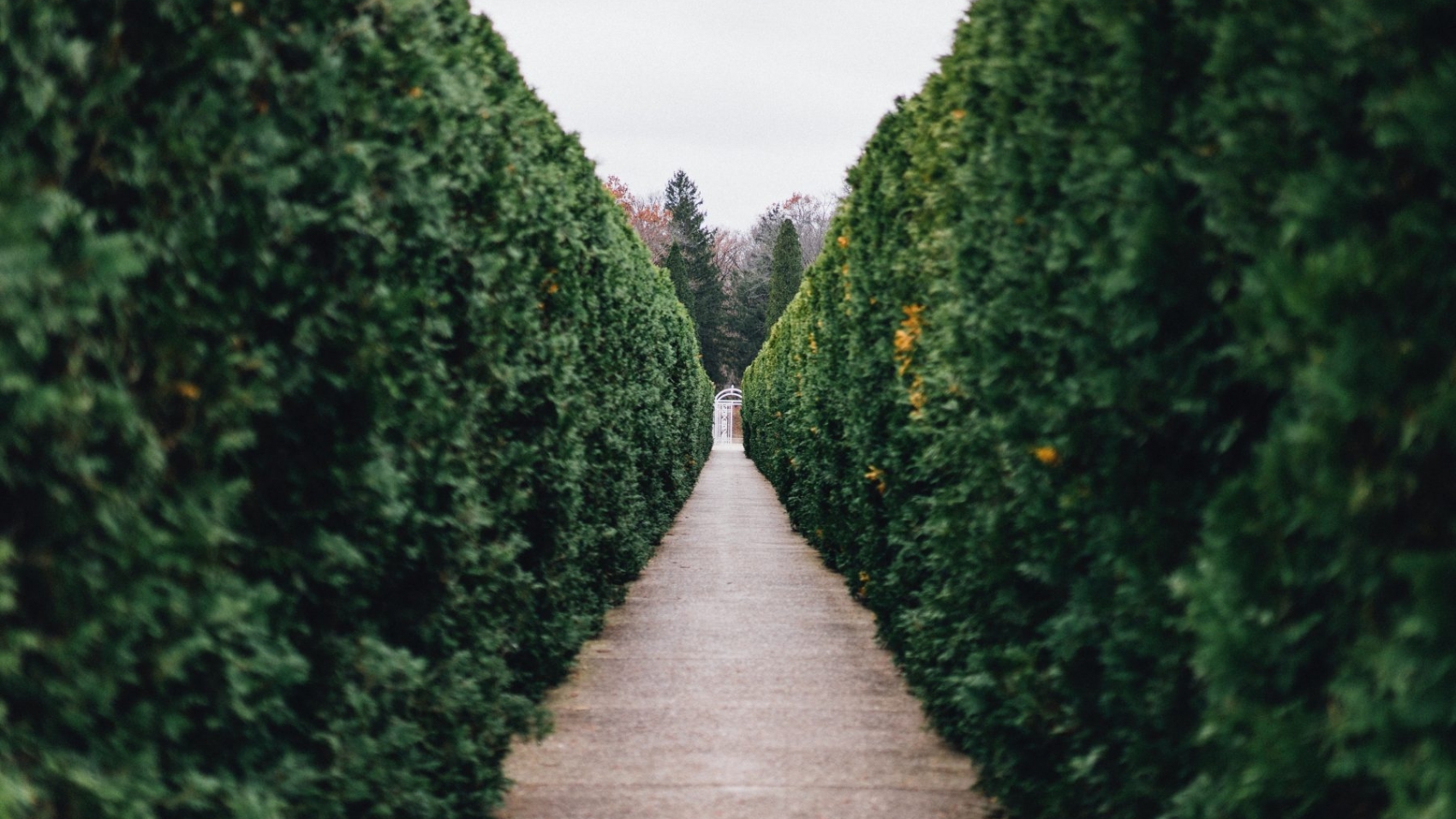 The history of the English landscape garden is one of luxury. Rain is abundant but there’s the opportunity cost of the land, walls of needy hedges, lawns to cut, and sweat. All throughout England, hedges or hedgerows, mark the landscapes. They were also developed as mounds of dirt topped with bushes to act as a barrier between properties and roads.

The protection, or barrier of hedging, is at the root of its definition, and what it’s intended to do. In Spanish, to “hedge” in the financial sense, is to protect against something. These hedges, or derivatives come in the form of options, swaps, forwards, or futures and go back to Hammurabi’s code in ancient Babylon: “If any one owe a debt for a loan, and a storm prostrates the grain, or the harvest fail, or the grain does not grow for lack of water; in that year he need not give his creditor any grain, he washes his debt-tablet in water and pays no rent for the year.”

Today the market for derivatives is measured in multiple trillions. Companies hedge more than ever; just to graze the surface: there are interest rate hedges for fixed-to-variable rate contracts, for commodities like corn where growers lock in a price for this year’s crop, currency for those in Illinois selling a big piece of equipment, paid for in Japanese Yen to a client in Tokyo. Oil companies lock in prices on crude production, mines on the price of copper, ski resorts and weather, banks on interest rates and currencies, airlines on fuel, and politicians through vague promises. Derivatives are also used for speculation and spills over. Go figure. Portfolio insurance uses options to limit movements in stock prices and is often associated with the market crash of 1987. Derivative structures helped grease the mortgage mess of a decade ago.

Global mega-banks predominately use hedges for interest rates and foreign currency swaps. Hedging is big, and meaningful, especially if you imagine it not there. However, by the time everything is shuffled around, the net impact of hedging for banks is +/- approximately 1% of net income (see forms 10-K for Bank of America and JPMorgan Chase if you’re interested in digging).

Airlines often hedge for fuel, which is 25-40% of an airline’s operating costs. Southwest Airlines, famous for its derivative positions, has 70% of its fuel hedged for 2019, and 25% in 2021. This cost them $95M in 2018, or 65 cents per seat flown. Something you likely won’t forget next time you open a bag of peanuts in seat 21C. This allows them to smooth out expenses, better plan cash flows, capital expenditures, and with gains or losses hidden in other comprehensive income.

Oil Refiners hedge oil for price volatility. Marathon Petroleum uses “…a variety of commodity derivative instruments, including futures and options, as part of an overall program to hedge commodity price risk.” This gives a line of site on capital expenditures, revenue, and cash flows.

Hospitals have a relatively bland form of official hedging. HCA, the largest publicly traded hospital system in the US states that: “at December 31, 2018, we had entered into effective interest rate swap agreements, in a total notional amount of $2.5 billion, in order to hedge a portion of our exposure to variable rate interest payments associated with the senior secured credit facilities.” That’s next to $50 billion in revenue and $30 billion in debt.

Some in healthcare are now opening up with new contracting, to hedge against future increases in prices, and to capture arbitrage in prices, often times for the ~50% of healthcare that’s shoppable. While 43% of healthcare spending may be “shoppable”, less than 7% of out-of-pocket is, according to a study by the Health Care Cost Institute. We wonder why more people aren’t more compelled to compare prices for infrequent procedures?

After years of promised cost reductions, employers, the largest purchases of healthcare, are now looking more and more for front door savings (not apps searching for fuzzy engagement), savings that move beyond cost shifting through increased deductibles. One example is the COE model. Centers of Excellence (COEs) provide care, often at $0 to the patient, for negotiated discounts for higher dollar procedures at the best facilities across the country. Walmart is an example of what amounts to a model of medical tourism within the United States. Sometimes surgery is avoided through 2nd opinions, and when done, at 40% discounts. There’s also Sano Surgery, a firm that offers heavily discounted bundled pricing and direct contracting for surgeries and imaging. New brokers are rewriting contracts, renegotiating with healthcare providers, with commission structures aligned with savings and long-term plan costs.

These opportunities to hedge costs will grow. The source of price variation is rather insidious and the guilty are many: regulatory capture, market inefficiencies, misaligned incentives, our poor collective health, lazy benefit design structures, complacent brokers who benefit from price increases, hospitals’ high fixed costs and low bed occupancy (60%) rates, lack of the right skin in the game structure for employees, and the shenanigans in pricing that stems from 2-3x differences in prices paid by payer type (Commercial, Medicare, Medicaid).

Derivatives, in all their varieties, are as old as Babylon. New varieties of these hedges, whether technically classified as derivatives, and sometimes on net free or better, hope to add to the list.

Photo by Maxwell Young on Unsplash