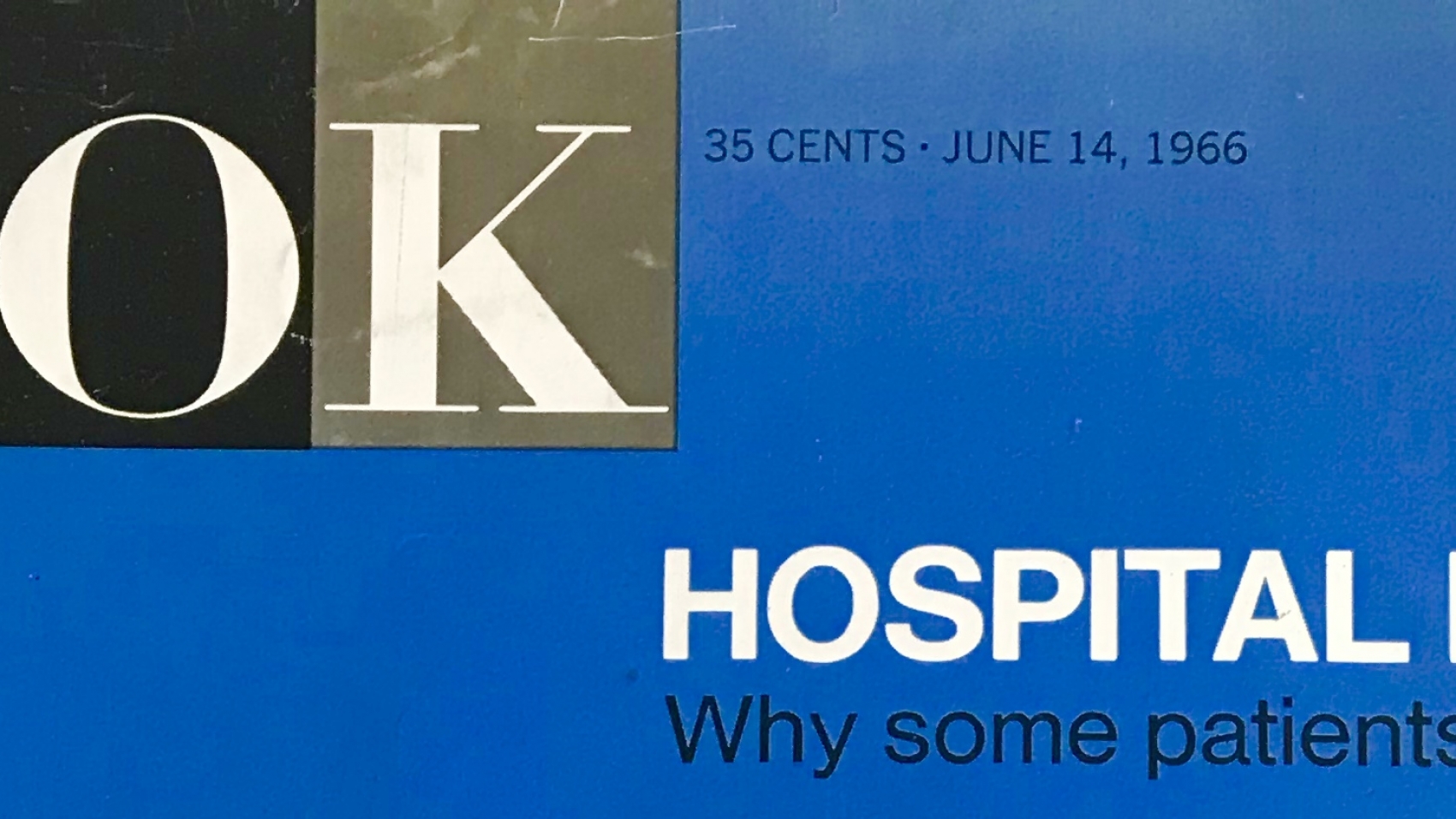 In 1966, Look Magazine published an article on US hospital bills, and “why some patients pay too much.” Opacity was already an issue, albeit much smaller than now. The 1960s language points to payment and collection issues from “welfare,” “indigents,” and “deadbeats.” According to the director of one CA hospital, the amount needed to overcharge one patient to pay for others, was $6–equal to 6 gallons of 1960s milk.

Some problems and headlines never change. The price you pay today still depends on your coverage (Medicare, Medicaid, commercial insurance, cash, other). Some patients still pay too much. It’s as if every diner received 4 to 5 menus, but with different prices, disclosed only after you ate, and varying depending on your coverage, age, income, and logo on your card. Restaurants then pad the bills with $5 straws and $10 seating fees.

President Trump just signed an executive order on healthcare price transparency. It cracks the door for the expansion of health accounts and disclosure of prices and transparency. Knowing more before you go, transparency of prices, is something 90% of people agree on (see twitter and public opinion polls). Adding a little bleach, while not perfect, is a good though modest step. The impact in the stock market, the fickle yet impartial master, was muted: an average daily price move of <-1% across seven key players I follow, relative to a market decline of .17%. In fact, HCA, the largest public hospital in the US with $47B in annual revenue, saw its shares rise over 2%.

Some compare medical price transparency’s future and consequences to Danish cement companies. Laudable goals, but those results that may not work out as planned due to what looks like licensed collusion. Healthcare is a different domain though, and people want openness. New Hampshire has published prices online for over 10 years but with very modest results. Fewer than 1 in 10 have used the site in that time; imaging costs fell only 1-2%. However modest the results may be, healthcare transparency is worthy of a Freakonomics podcast (I checked the site–nothing like that has been written or podcasted).

It’s wise to understand the perspective of others at the negotiating table. HCA writes of “amounts received under Medicare and Medicaid programs are generally significantly less than established hospital gross charges for the services provided.” Their revenue mix and profit margins show it. That’s why reference-based pricing negotiations (usually based on a percentage of Medicare), can stall at 1.6x Medicare rates, off from the typical 2x. The reduction needed in HCA’s 2018 total payroll and supplies to maintain current net margins, assuming the commercially insured patients paid the weighted average rate of Medicare and Medicaid: -45%.

A piece I wrote last year asked what is medical price transparency worth? That perspective was in aggregate, to a plan, or employer group under typical approaches. The answer is more modest than people think: due to incentives, the limits of shoppability of procedures, stale contracting, insurance structure and its effect on a patient’s propensity to shop once a deductible or out-of-pocket has been reached; at that point it’s someone else’s bill–the tragedy of the commons, live, on center stage.

The more robust models for change deal with contracting, smarter plan designs, better broker incentives (90% of firms in the US use a broker to purchase benefits), and an emphasis on primary care. Savings and change must focus on the front door opportunities. Since we don’t interact with our healthcare data every day, it should be near automatic, and with a clear buzzword filter. The individual will always be a key. Financial and healthcare literacy is a hurdle but a great start, e.g., knowing what a deductible is, what adverse selection is, what as patients we can negotiate.

If our deepest desire is to eat Chicago deep dish and not gain weight, our deepest healthcare desire is to get more than what we paid for. There are enough cracks in the system, new restaurant pricing schemes to use one analogy, ways of maneuvering, of contracting to get more than what others pay for, all within an imperfect system. In investing, the greatest risk over time is to not invest. Inflation cuts a hole in your pockets. There is no reward without risk. In healthcare, over time, the greatest risk may be auto-pilot. Bills of $10,000+ are now at stake–that’s a lot more than 6 gallons of milk.